Home / Blog / General / Brexit: How has it impacted contracts being extended and re-tendered?

Brexit: How has it impacted contracts being extended and re-tendered? 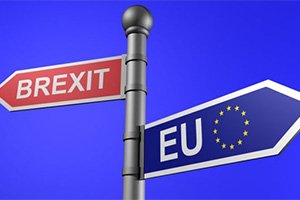 In June 2016, the decision to leave the EU sent shockwaves throughout the country.

Subsequent months saw a reduction in activity within the construction, manufacturing and services sectors, with procurement initiatives grinding to a halt due to the uncertainty thrown up by Brexit. For example, the Markit/CIPS UK Construction Purchasing Managers Indexes (PMIs) report noted that Brexit had affected investment levels, indicating an overall decrease in confidence in the construction sector after Brexit.

Have contracts been automatically extended?

Since August 2016, we have seen significant growth in the economy and a fresh wave of optimism in private industries such as construction and manufacturing. However, it appears that the bureaucracy and government administration generated by Brexit have served to slow down government tendering processes within the private sector. Many government contracts with private sector companies that were due to expire in 2016–2017 have been automatically extended due to the influx of Brexit-related work putting increased pressure on civil servants.

Brexit: “the hardest thing any of us have had to deal with”.

British civil servant and business executive John Manzoni has called Brexit “the hardest thing any of us have had to deal with”, saying that it has added to the workload for civil servants across the UK. The government have had to change their agenda in the light of recent events, and the drive to find fresh, new, competitive contractors has arguably taken a backseat as a result.

Existing contracts with the government in a range of services from health to construction have been extended or re-extended to delay the tendering process. The National Audit Office’s (NAO) January 2017 report indicated that the Crown Commercial Service (CCS) was not managing the lifecycle of procurement as best it could. The NAO found that the CCS had extended 21 of the 39 frameworks that were identified as due to expire in 2015–16 without market testing or competition.

Should contracts be extended or re-tendered?

The report highlighted a key issue with rolling contracts: a decline in cost effectiveness and efficiency. The prices paid for public services may not produce optimal value for money, which could have a knock-on effect on taxpayers as new companies providing better services for a reduced price could be overlooked.

The benefits of putting services out to tender, and re-tendering existing contracts, are that the commissioner has the opportunity to reappoint new, innovative providers. The tendering process helps to maintain a competitive marketplace, keeps current suppliers on their toes, and generates price reductions with higher quality of products.

As it is still extremely early in the overall Brexit process, we are yet to see the real effects this issue will have on procurement of public services. Going forward, it is hoped that the issuing of tenders to obtain high quality services across all sectors will remain a priority.

Connect with Executive Compass on LinkedIn