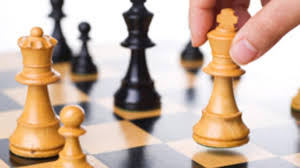 One of the services that Executive Compass offers is strategic analysis and business planning. It is amazing how often micro and SME’s say we don’t need a formal strategy, “we know what we are going to do” or “we dont have time to sit down and think about it”. They are usually the ones that are not around in a couple of years! Strategies can of course evolve, many are unplanned or forced upon an organisation but the core activities of any company should be analysed for sustainability against a whole host of internal and external influences. Regardless of whether or not a company changes its strategy because of a strategic study, the activities that must be undertaken in a strategic analysis are really useful and powerful.

The small local builder or plumber should all have a strategy, it does not have to take days to do, it does not require an army of consultants either, and once explained to business owners they can regularly review, update and implement their strategy.

Strategic planning is a systematic way of planning for the future, but it’s based on strategic thinking. Remember that a major business function is to create a sustainable means of creating income so you can pay the bills.

One reason many businesses fail during the first year or two is that the business owners do not think through their longer term strategies, and when things in the world change, they either lack the resources (i.e. capital, talent) or the business strategies, to allow them to remain competitive. Thinking strategically involves looking not just at the present, but the future.

Here’s an example of the failure to think strategically. In July, 2006 Google introduced what’s called a Quality Score that affected the advertising rates for paid advertising on their sites. For some business owners, the Quality Score resulted in huge increases in advertising costs, such that the companies could no longer be competitive.

For companies that thought strategically, this meant that they had to use other ways to generate visitors and sales to their websites, but they had planned for such eventualities, to ensure they weren’t totally reliant on any one method of making sales. Thinking strategically resulted in these companies having a “plan B”, and even a “plan C”.

For other companies, however, who did not think strategically and relied completely for revenue on cheap Google based advertising, they were stuck. They couldn’t afford to pay the new ad costs, and they had nothing in place to replace the revenues those ads used to generate. The result was that those companies were stuck. Backs to the wall, some of these companies, out of desperation, tried to cheat the new Google system, which is not strategic or sustainable, since eventually Google would once again remove their access to low cost advertising. Even more honest companies ended up losing considerable amounts of revenue (revenue they could not afford to lose) while they scrambled to figure out what to do next.

In short, regardless of business, strategic thinking helps you anticipate changes in the environment, and plan for them so you are prepared and don’t go under..

Green shoots of recovery or a glimpse of the new normal?