Home / Blog / Tender Writing & Bid Management / Can your previous performance mean you can be officially excluded from bidding?

Can your previous performance mean you can be officially excluded from bidding? 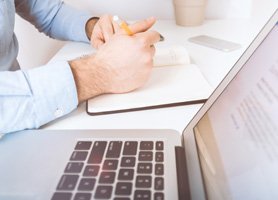 Buyers do have the right to exclude suppliers based on past performance.

In February 2015, the UK Public Contracts Regulations (UKPC) came into force, and the EU Public Sector Directive 2014/24 was implemented in the UK. There is a section of the Directive that you may not know about: Article 57(4)(g), which allows buyers to exclude suppliers.

This is a discretionary right, and it is one that the buyer, on the face of things, can invoke during any procurement phase.

There are safeguards to prevent buyers from using this provision as a loophole to disregard inconvenient bids, or engineer the exact relationship they want without adhering to the process. A buyer cannot, for example, exclude you from the process because they heard something negative about you. They can’t exclude you if they didn’t like a particular part of a relationship they have had with you in the past, or even if you have previously introduced charges that were not forecasted.

Most of these measures are actually instilled into the process through the UK regulatory framework. This means that no matter what happens to procurement legislation after Brexit, there will still be a mechanism in place to prevent misuse of the Article and discrimination against tenderers on the basis of previous relationships, preconception or peer opinion.

Most of these safeguards are written directly into the Public Contracts Regulations 2015 and the Public Contracts (Scotland) Regulations 2015. For a buyer to be able to exclude a potential suppler, there must be demonstrable cause. It can be demonstrated by the outcome of the contract itself, or if the contract was not fulfilled in accordance with the terms. Suppliers cannot be excluded if their services cost more than the proposal stated, or for any non-conformance that cannot be linked to a breakdown of the service provision.

As well as being able to demonstrate a real, quantifiable adverse outcome for the contract that was the direct fault of the supplier, there is also a stipulation on how long ago a buyer can exclude on discretionary grounds under Article 57(4)(g). The event must have taken place within the last three years.

So, if you think that a buyer has excluded you due to your previous performance, or if they have openly said they have, and the event cited was longer ago than three years, they are acting outside regulatory boundaries. You can insist the tender process is recalled or restarted on these grounds.

Even if persistent deficiency is proven, suppliers have the right to demonstrate that they have made improvements to the service that can annul previous claims of poor performance, through the self-cleaning mechanism. Proof of what you have done to mitigate the root cause is enough evidence that your company is now reliable, and cannot be excluded. The Regulations clarify these measures as:

concrete technical, organisational and personnel measures that are appropriate to prevent further criminal offences or misconduct.

The measures should, therefore, be judged in proportion to why the exclusion happened. For instance, a claim for damages was brought due to a company’s negligent quality assurance processes. The accused supplier has now successfully implemented the ISO 9001:2015 standard, and had it externally audited and certified by a UKAS-accredited party, and sufficient self-cleaning methods can now be claimed.

Buyers can elect to find the self-cleaning measures insufficient, but their reasoning must be demonstrated thoroughly, and clearly laid out for the supplier.

Therefore, if you think that you have been excluded on grounds of poor performance, there are steps that you can take, quoting the UK Public Contracts Regulations (2015):

If all of these cannot be evidenced in full, you may have legitimate grounds for appeal. As a bidder, you should always be aware that buyers can claim an exclusion on grounds of previous poor performance. To mitigate this risk, you should always retain performance management records throughout a contract, and collect references and feedback from the buyer continually. However, if Article 57(4)(g) invoked, your right to adequate information, and potentially to appeal, will still be in place.