Home / Blog / News / What happens when procurement rules are breached?

What happens when procurement rules are breached? 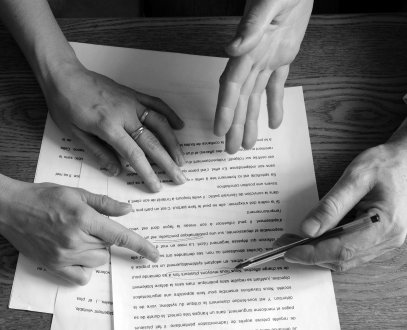 Public sectors buyers in the UK must follow the EU rules for public procurement when issuing invitations to tender. The rules are designed to ensure equal treatment, transparency and proportionality; suppliers going into the process know how the tender is going to be structured, evaluated, and ultimately how it will be awarded.

When applied properly, these guiding principles safeguard the fairness of the whole exercise, opening up opportunities to SMEs and reducing barriers to participation.

But what can a bidder do when the authority doesn’t abide by the rules?

More specifically, what remedies are available when the authority sets out the process for the tender, but then doesn’t follow that process when awarding a contract?

Since 2007, the recourse available to contractors has been relatively well understood. During the standstill period, commonly referred to as the Alcatel period after a ground-breaking pair of court cases, tenderers can challenge a decision before a contract is formally awarded to a successful tenderer. But what about disputes beyond this point? Once the contract has been signed, it has been possible for an aggrieved contractor to issue proceedings, triggering an automatic suspension of a disputed procurement process. A contract can be set aside by court and declared ineffective and, understandably, complainants who find themselves out of pocket as a result of procurement rules being breached can seek damages.

Nuclear Decommissioning Authority ‘not playing by the rules’

However, a recent high-profile case in the UK Supreme Court has cast increased doubt for contractors seeking damages due to rules breached in EU public procurement. The case, Nuclear Decommissioning Authority v EnergySolutions EU Limited (2017), arose when EnergySolutions missed out on a major nuclear decommissioning contract by a mere 1.06%. Most tenderers will have felt the sting of narrowly missing out on a contract, but in this case EnergySolutions, a consortium of US-based firms, was left feeling particularly sore having spent an estimated £10 million on preparing their tender. More to the point, it was suspected that the outcome was not only unfortunate but unfair. The consortium looked into the circumstances around the outcome, and ultimately uncovered a number of alleged issues:

Many of these reasons will not be unfamiliar to tenderers and can certainly be grounds for a challenge to a decision. Most striking in this case is how many issues were alleged for a single process. As a result of the discrepancies, EnergySolutions stood to lose not only the £10 million they spent on tendering, but the lost £100 million in fees from not being awarded the contract.

Ultimately, the UK Supreme Court found in favour of EnergySolutions, awarding damages to the amount of £110 million. At face value, the case sounds relatively simple: the evidence sounds clear-cut, and the claimant who lost out as a result of procurement rules not being followed was compensated in line with existing legal precedent. Under the surface, however, the case was very complex and took two years to settle, and has led to some key terminology from the legislation being placed under the spotlight.

Prevailing uncertainty comes from the need for a “serious breach” to have taken place for there to be grounds for an aggrieved contractor to seek damages: but who decides what is and isn’t serious? It will probably take several more complex, protracted court cases to establish the standard. For the time being, bidders should be vigilant when reviewing the feedback received post-tender. If a process failure is suspected, tenderers should challenge the decision early, during the standstill period; authorities, not wanting to incur huge costs paying damages after a contract has been awarded, will take challenges during this period seriously, and decisions can and will be overturned when appropriate. Beyond that point, the onus will be on the complainant to prove that a serious breach has taken place.

Matthew is the Technical Director of Executive Compass® and is responsible for quality assurance of all bids and tenders.

Connect with Matthew on LinkedIn