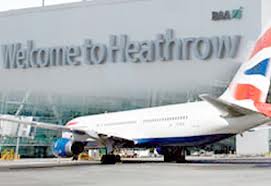 This week the House of Commons has voted in support of Heathrow’s third runway and expansion plan, which will cost over £14bn to build. The next step is to apply for development consent for the project, following which construction work would be set to start in 2021.

To compete with other major European airports and limited capacity in the UK, a third runway at Heathrow has been on the agenda for decades. The new runway will be the first full-length runway built in South East England since World War II, and will allow an increase in 54% of takeoffs and landings each year – from 480,000 to 740,000.

The Department for Transport says the expansion will bring economic growth and £150m worth of contracts with British businesses, creating thousands of new jobs. Heathrow had already set up the Heathrow Employment and Skills Academy in 2004 to support delivering apprenticeships and jobs, and has now pledged to create more long-term career opportunities for the local community, with the expansion creating thousands of additional apprenticeships.

Arup, CH2M, MACE and Turner & Townsend have already been selected to work alongside Heathrow Airport to deliver the expansion, but there will be a whole host of subcontractor contracts out to tender too.

The airport expansion is set to create £150m worth of contracts, which could be agreed in the next 12 months. This will cover the likely construction elements, but will also filter down into retail, security, road works and facilities management, as well as further opportunities in the supply chain.

The expansion has faced considerable scrutiny in terms of environmental impact; specifically, increased pollution, contradicting Britain’s commitments to climate control and noise affecting local communities. As such, future bids are likely to focus on long-term benefits for the regions, sustainable industries and introducing new skills.

Heathrow has stated the following five pledges to ensure that the expansion programme benefits Britain – these are sure to form the basis of their procurement process.

Contact Executive Compass to discuss how we can support your organisation to secure important contracts and bid more efficiently.