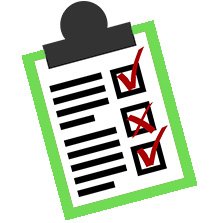 With a freshly downloaded pack of tender documents on your desktop, and the pristine, untouched ITT response document sitting in front of you, it can often feel as if this is your chance to paint a magnificent portrait of your organisation. And you’d be right – to a degree. But bids and tenders are more akin to commissions than to a personal project: you can still portray your company well, but you must make sure it meets the assessor’s specification.

Putting the artistic metaphor to one side, the best way to meet both your assessor’s requirements, and to demonstrate success, is to provide evidence. Without evidence, the assessor will struggle to pinpoint your strengths, and you will never be able to fully sell yourselves in the tender.

As an example, imagine that you are buying a computer. Which specification would you be most convinced by?

In the first example, who is to say what is and isn’t ‘excellent’? Without the evidence, how can you trust the retailer, and how can you carry out a like-for-like comparison against other computers? On the other hand, the second example gives the evidence, so you can directly compare it to other options and make the right choice.

In exactly the same way, imagine that you are an evaluator at a local authority, assessing responses to the same question on customer satisfaction. Which response would you be most convinced by?

Although you could argue that both are saying the same thing, one is providing far more detail. Even though the question didn’t ask for the score, by seizing the opportunity to give them some evidence, you have made your response stronger. A common mistake that many bidders make is only giving hard data when the question explicitly asks for it. If you follow that approach, you won’t provide nearly as much evidence and, in turn, your response won’t sell your organisation.

Another common mistake is to leave statistics, numbers, and percentages exclusively to performance management responses. Including them throughout a range of areas makes your response feel more realistic, and helps to avoid the potential pitfall of assuming the assessor knows as much about your company and your experience as you do.

In procurement, to be monochrome is to be monotonous; by capturing and applying data in the correct way, you can access a rich tapestry of evidence, resulting in an engaging, comprehensive response and, ultimately, an award-winning bid. You must stand out against your competitors, in a way that provides the authority or buyer with evidence that you are the best candidate for the job.

At Executive Compass, we are more than capable of adding to and enhancing bids, resulting in the compelling, engaging, and evidence-supported responses that give a complete picture of your company, and increase your bidding success rate.

How to tender for construction work

How do I tender for contracts? – 5 top tips

How do public tenders work?